What to explore in the Golden Triangle Tour of India

Are you visiting India for the first time and don't know where to go or what to do? This is the question that every international visitor to India has when they are planning to visit India. Even though India is a fascinating country with many charming and awe-inspiring tourist attractions, the Golden Triangle Tour Package is unquestionably one of the most famous travel circuits in India.

You're probably curious what this Golden Triangle Tour has in store for visitors. This tour takes you on a soulful journey through the hearts of three of India's most beautiful cities: Delhi, Agra, and Jaipur. Travel to the Golden Triangle package, also referred to as the best trip itinerary in India, guarantees you will be immersed in India's cultural and ethnic diversity, as well as its delectable offerings and stunning sightseeing locations.

Go on a tour of India's three most iconic cities, each of which holds a treasure trove of tourist attractions. The Golden Triangle India is one of the most popular packages in the world, and it is home to some of the country's most famous temples and monuments. Most first-time visitors to India choose this route between New Delhi, Jaipur, and Agra because it provides a peek into India's rich culture and history and can be completed in a few days. If you have a limited number of days to dedicate and want to make the most of your time in India's northwest, read on for my list of the best places to visit in the Golden Triangle tour of India!

Agrasen ki Baoli, also known as Ugrasen ki Baoli, is a time-worn monument in the heart of Delhi. This ornate step-well, which was once a water reservoir, is a magnificent example of ancient engineering and architecture. It is one of Delhi's oldest monuments and best-preserved step-wells, and it is now a popular tourist and photography destination in the national capital. The monument is free to enter and open from 7 a.m. to 6 p.m.

The Red Fort is architecturally similar to the Agra Fort however, it is bigger than Agra Fort. Its impressive perimeter was designed to keep intruders out, and it once had a moat filled with crocodiles and poisonous snakes. The fort was ruled by Mughal emperors until the mid-1850s, and it is now the site of the Prime Minister's annual address to the nation on India's Independence Day. The fort is open from sunrise to sunset, except on Mondays when it is closed.

At Chandni Chowk, visit ‘Khari Baoli Spice Market’ which is a true delight for the eyes. It’s truly unbelievable to see that the spices which we normally see in small sachets & packets are here seen in big sacks & carts. A wholesale market with carts full of different spices and people busy negotiating the prices, it’s a scene.

You can feel the air humming at Gurudwara Bangla Sahib from the moment you step inside. It is one of the most interesting places to visit in Delhi because it includes a functioning temple with regular prayers and rituals, a beautiful outdoor holy pool, and a community dining hall.

Thousands of people are fed for free at the dining hall, which is managed by staff and volunteers who spend their days cooking chapatti, dal, rice, and much more. It is worth visiting this great spiritual place.

The Taj Mahal's magnificence is so alluring that it makes your jaw drop to the ground at first, and then it absorbs your senses into its exquisite beauty once you've finished gazing at it. It is one of the Seven Wonders of the World, designed by Mughal Emperor Shah Jahan to commemorate his love for his late wife Mumtaz Mahal, who was buried here. This famous UNESCO World Heritage Site is a must-see on any trip to India.

Agra Fort, once the mighty capital of the Mughal Empire, is one of the most important highlights of Golden Triangle Tour packages. Its construction in red sandstones over the ruins of an Old Fort may surprise any. The Agra Fort, an incomparable historical monument, is adorned with numerous halls, palaces, pavilions, and gardens that speak volumes about the royal lifestyle. Its exceptional and rare craftsmanship offers a once-in-a-lifetime experience.

Fatehpur Sikri, also known as the City of Victory, was the Mughal Empire's capital for a brief time. Once abandoned, this city was enthusiastically rebuilt with palaces, royal residences, tombs, and mosques. The fort is still abuzz with tourists from India and the world to soak in the historical opulence of the Mughal Empire.

Chokhi Dhani is one such tourist attraction in Jaipur that offers the finest of its cultural and traditional heritages. Foreigners traveling to India find it quite awe-inspiring to indulge in the culture of Rajasthan and get familiar with its rich opulence, its folk culture, handicrafts, and its exotic cuisine. Located outskirts in the rural setting of the Princely state, it not just creates a raw and untouched version of a rustic Indian village but also offers traditional Rajasthani delights on a single platter. One of the most heart-warming experiences on a Golden Triangle Tour in India, Chokhi Dhani is packed with wonderful surprises and a lot of souvenir shopping in Rajasthan.

The quaint Amer Fort (Amber Fort) is one of India's most well-known and visited forts, located near Jaipur in Rajasthan. It's no surprise that it's one of Jaipur's most popular tourist attractions. Amer was once the capital of the princely state of Jaipur, with the fort serving as the Rajput rulers' residence. As part of a group of six hill forts in Rajasthan, the fort was designated as a UNESCO World Heritage Site in 2013. Its design is a unique blend of Rajput (Hindu) and Mughal (Islamic) styles.

The Jantar Mantar is a series of 19 astronomical instruments designed by the Rajput king Sawai Jai Singh II. It is a UNESCO World Heritage Site with the world's largest stone sundial. It's next to the City Palace and the Hawa Mahal. The instruments allow for naked-eye observation of astronomical positions. The observatory exemplifies Ptolemaic positional astronomy, which was practiced by many civilizations.

The monument includes instruments that operate in the horizon-zenith local system, the equatorial system, and the ecliptic system, which are the three major classical celestial coordinate systems.

Also Read - Know everything about Golden Triangle Tour of India 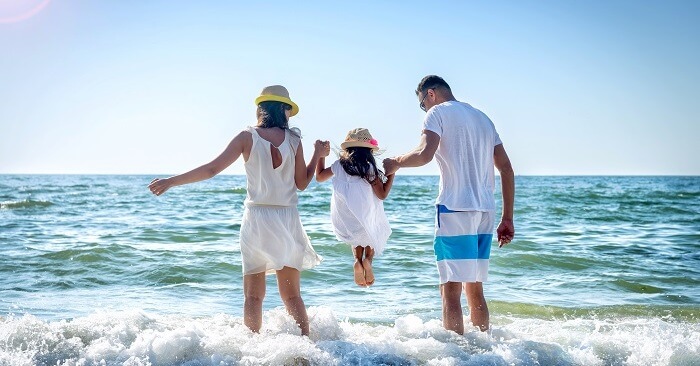 4 Days in Kerala: Best Places to Visit and Amazing Things to do in Kerala